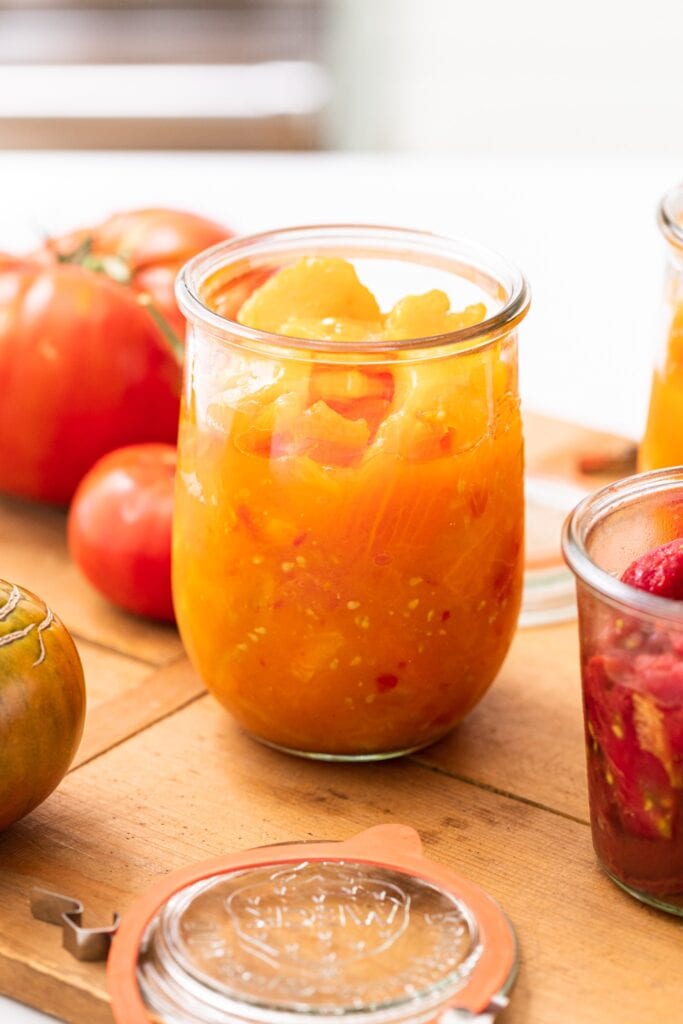 How to Freeze Tomatoes

If your garden is exploding with tomatoes and you want to save them for later, there's only one answer! Tomatoes can be frozen and kept for months in the freezer, pulled out for use whenever they're needed!

Preserving can have numerous iterations. And thankfully, there’s more than one way to help preserve a fruit or vegetable for later use.

First, you usually think of canning: packing contents into jars, water bathing or pressure canning them until they’re sealed, and storing them in the pantry. This is a great way to keep food but what if that seems intimidating? The concept of canning food can be a lot if you’ve never done it before.

Thankfully, there’s an even easier method: freezing! Freezers allow for one of the quickest ways to preserve food. The preparation is easier, there’s no cooking involved, and the frozen fruit or vegetables taste fresh in the dead of winter.

Why is freezing tomatoes the perfect way to preserve?

Unlike canned juice or diced tomatoes, the freezer does not require citric acid to adjust the pH levels. At freezer temperatures, bacteria cannot grow on the tomatoes, which is traditionally the concern with canned goods.

It’s also a simpler process. Instead of heating the juice or tomato pieces and boiling them before pouring them into jars, freezing tomatoes only takes one step: peeling.

After they’re peeled, the tomatoes can either be diced or juiced and packed into an airtight freezer-ready container. If diced, some of the tomato liquid should be poured on top to prevent freezer burn, which is caused by air pockets between the tomatoes.

Juiced or diced: which should be used?

If you preserve the type that you usually purchase, you’ll be more likely to use them. For me, I love to freeze chunky tomatoes because I use them for quick sauces and soups!

How long do frozen items last?

Nearly all freezers are self-defrosting, including refrigerator freezers. This means that frost does not build up in large pieces along the sides of the freezer. This also means the freezer temperature slowly increases and decreases to release any frost.

The drawback to this type of freezer is that the change in temperature may not keep contents as long. But these tomatoes will still keep for six to eight months.

Watch how to freeze tomatoes 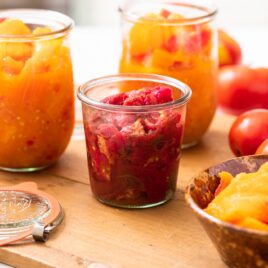 How to Freeze Tomatoes

4.50 from 4 votes
If your garden is exploding with tomatoes and you want to save them for later, there's only one answer! Tomatoes can be frozen and kept for months in the freezer, pulled out for use whenever they're needed!
Total Time 20 mins
Method Freezing
Difficulty Easy
Author Kaleb
Print Tutorial Pin Tutorial Share a Review