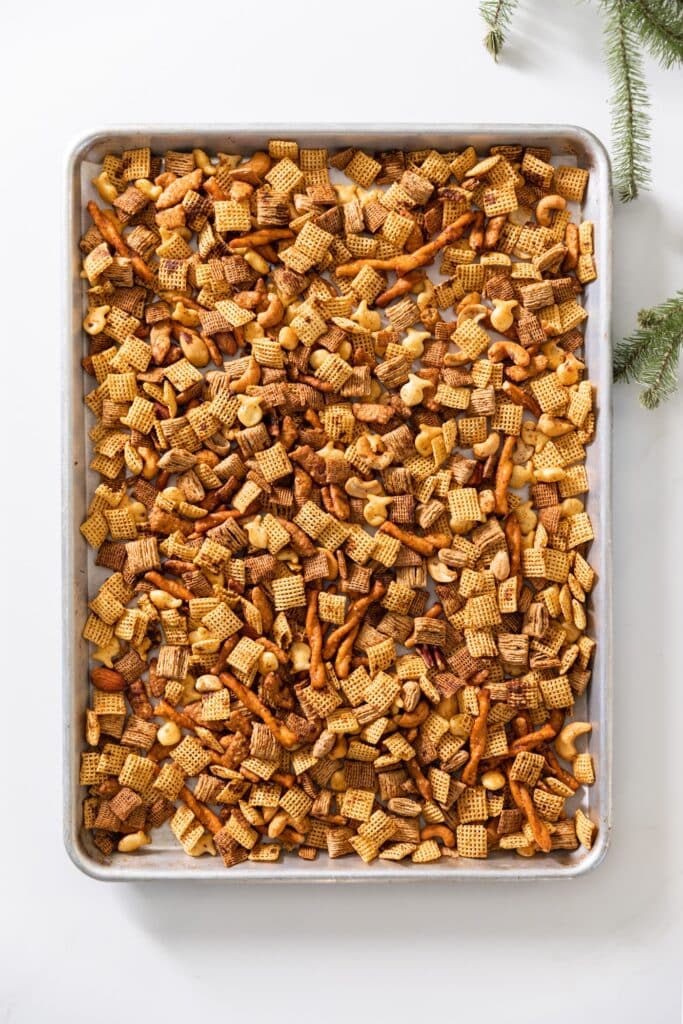 With hints of some sweetness, this salty treat is the perfect snack for the holidays! It's amped up with flavors of thyme and rosemary and made so much better with brown butter!

I don’t think anything smells more reminiscent of growing up than party mix. I knew the seasons were changing as soon as I started to smell that buttery, garlicky, and Worcestershire-filled scent emanating from the kitchen.

The original recipe was posted in an advertisement in Life magazine in the 1950s. Recipes were often included as part of an ad to help push a certain product. I always wonder if the first person who actually made party mix from the recipe thought it was odd, but decided to give it a try anyway. Maybe once they made it, their eyes bulged out and they exclaimed that this was the best thing ever! Honestly, I still have that reaction sometimes.

Party mix is ever-evolving. No matter whose party mix I try, there are often an innumerable amount of different additions. I remember in high school, my friend’s family added Cheerios. I know others who add cheese crackers. The list is truly endless. I think that’s the real draw of party mix: you can make it your own and add whatever you want!

My grandma was a perfector of anything she made. In her later years, she didn’t make as much as she always had, but the recipes she did make were always perfect. Party mix was one of them. Each ingredient was important and it was one of the few times that name brand varieties were important to her.

For years, I too only stuck with the recipe as it was written in our family. I would always pick out the pieces I loved the most and often leave others I didn’t care for as much. Finally, I started making it just how I wanted. Grandma’s flavors were great, but this revised recipe really amps them up in a few important ways:

The mix-ins remain true to Grandma’s form with just a few additions:

This all becomes the ultimate party mix, which is why I tend to only make it at Christmas. To be honest, it really should be on constant repeat throughout the year. Maybe that’s should be a New Year’s resolution this year? Sounds good to me!

Watch how to make this herb party mix: 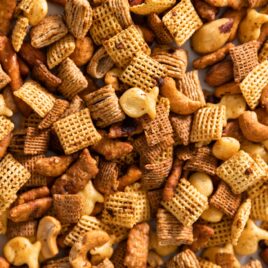 Kaleb
4.41 from 35 votes
With hints of some sweetness, this salty treat is the perfect snack for the holidays! It's amped up with flavors of thyme and rosemary and made so much better with brown butter!
Prep Time 15 mins
Cook Time 1 hr 10 mins
Total Time 1 hr 25 mins
Servings 26 servings
Print Recipe Pin Recipe Share a Review 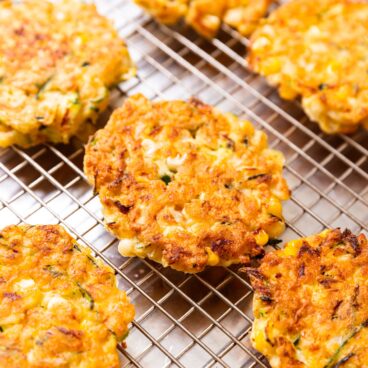 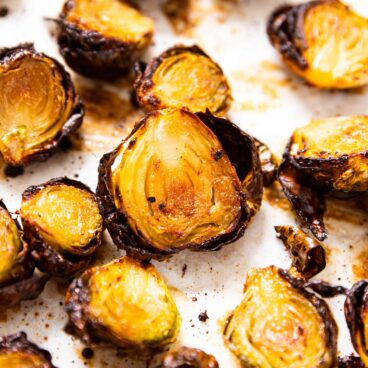 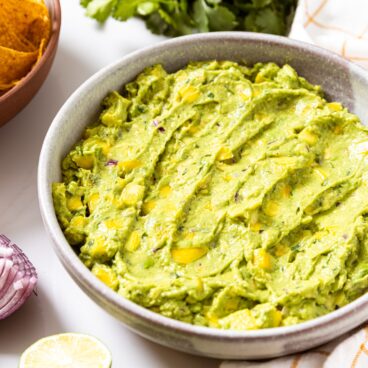