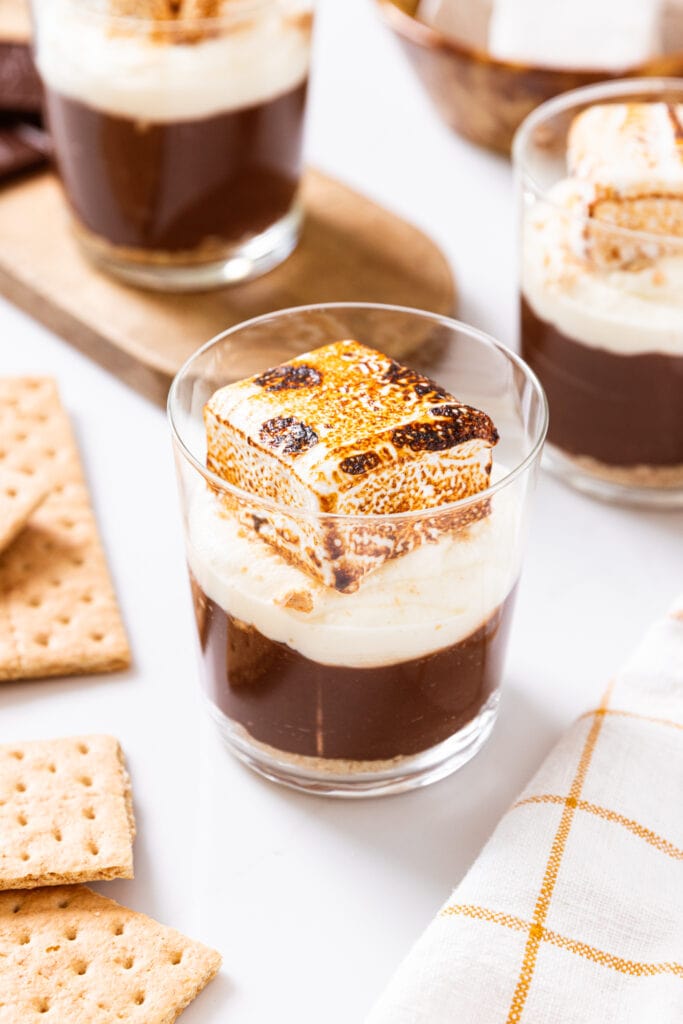 S’mores pudding cups are the perfect treat for any backyard barbecue, cookout, or just for yourself. This decadent dessert combines a layer of graham crackers, homemade pudding, and marshmallow whipped cream. Top the entire thing with a toasted marshmallow and I’ll venture to say you won’t have a better dessert the entire summer!

S’mores pudding cups are the perfect treat for any backyard barbecue, cookout, or just for yourself. This decadent dessert combines a layer of graham crackers, homemade pudding, and marshmallow whipped cream. Top the entire thing with a toasted marshmallow and I’ll venture to say you won’t have a better dessert the entire summer!

Let’s nix the campfire and make s’mores all indoors.

Even though homemade pudding is not difficult to make, it’s not something we tend to do very often. Growing up, when there was homemade pudding, we knew it was a special occasion.

Plus, pudding is easy! Milk, sugar, eggs, cocoa, and flour are cooked together. After cooking, chocolate, vanilla, and butter are stirred in. Chill the mixture and you have the best chocolate pudding.

The idea for these s’mores pudding cups was born out of necessity. How do you get that same campfire treat if you don’t have a live fire? You make the entire thing in a glass using the best flavors of a s’more. I’ll even wager to say these are better than the original as they’re far easy to eat with even better flavor nuances. Be careful, though, because if you make these once, you’ll be making them often!

Everything you’ll need to make this recipe.

The ingredients for these s’mores pudding cups are what you would expect, and each one was selected for a specific reason. Here are some of the important ingredients you’ll need:

Here’s how to make this recipe.

These pro tips will make this recipe a success.

Frequently asked questions about this recipe.

Can only white sugar be used instead of the mixture of white and brown sugar?

Yes, all white sugar will work. But the brown sugar has notes of molasses and caramel that will make this pudding even better. I recommend making the pudding once as written before altering the ingredients.

Yes, you can easily change the chocolate chips to your liking. Use whatever flavor you prefer.

For the crust, what other cookies can be used instead of graham crackers?

Do homemade marshmallows have to be used?

No, not at all. You can use jumbo-sized marshmallows purchased from the store. If you want the slightly charred look on your marshmallow, use a small kitchen torch to char them, or place them in a 375°F oven for a short amount of time, allowing them to get browned and puffed.

Can this be made all in one pan instead of individual glasses?

Yes, you can easily layer this in an 8×4 loaf pan. Start with cracker crumbs in the bottom, and top with pudding, whipped cream, and marshmallows.

How long do these pudding cups last in the refrigerator? Can these be assembled in advance?

When assembled, the cracker crumbs will begin to soften within one to two hours. If the pudding is refrigerated separately, it will keep for one week.

Other summertime dessert recipes to make.

Watch how to make this recipe.

Have I convinced you to make this recipe?

I hope you make this recipe and put some food on your dessert table. Leave a comment and share a star rating so you let others know how much you love this recipe. This helps show others that this is a recipe they too can make, enjoy, and love! 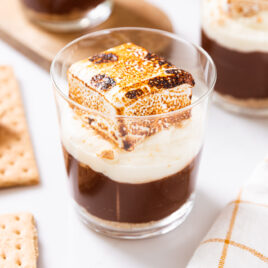 For the marshmallow whipped cream

For the whipped cream 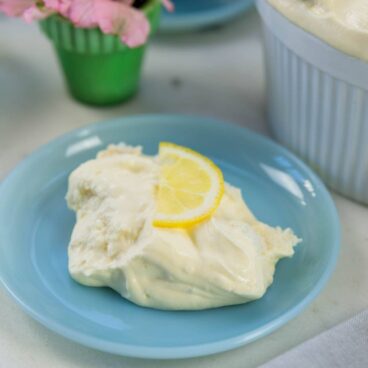 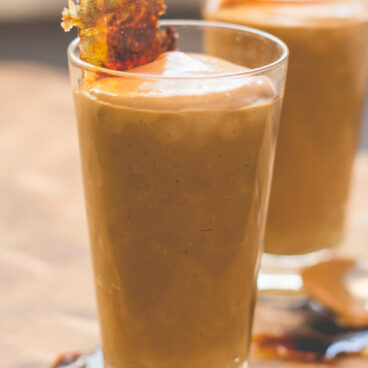