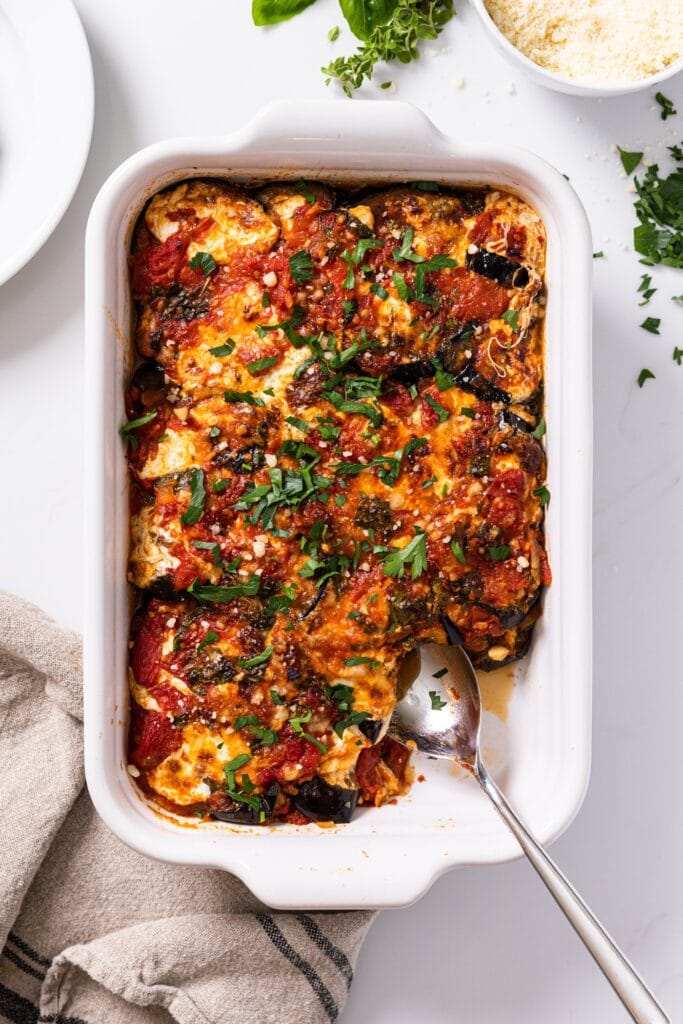 Switching out the traditional chicken and pasta, this eggplant parmesan is a garden-ready version that leaves nothing to be desired! When cooked in slices with Parmesan cheese on top, it's a hearty weeknight meal that feels truly Italian!

I’ll wager a bet: if you haven’t eaten eggplant parmesan, you have at least heard the name. Yeah? I thought so!

I love anything that uses vegetables that are in season and plentiful in the garden. And right now, that just happens to be eggplant. The problem with many eggplant recipes is that they don’t allow the vegetable to be the star of the dish. Instead, the eggplant is often breaded and fried to provide a crispy texture. But this also tends to subtract from their flavor. What’s the point of eggplant if it’s not actually enjoyed?

This recipe is a fresh take on an old classic. It’s not at all traditional, but a great way to enjoy that ever-so-plentiful eggplant!

What is eggplant parmesan?

At its simplest form, eggplant parmesan is a casserole: layers of sauce, eggplant, and cheese, all intermixed together. Once baked, it’s a lot like a lasagna. But what’s great about this recipe is that eggplant has the ability to retain an almost meat-like structure once baked and works as a perfect substitute where we’d normally use pasta.

And while the eggplant is able to prove itself, it would be nothing without a full-flavored sauce between each layer. For this fresh take on a homemade sauce, I used plenty of fresh herbs and chopped whole tomatoes to maintain a bright and balanced finish.

What makes this recipe unique?

Traditional eggplant parmesan recipes will dredge slices of eggplant in an eggwash followed by a good dunk in breadcrumbs. Some newer recipes will just bake the dredged eggplant while others sauté or pan-fry them. Once in a while, that is delicious, but I’m often in the mood for lighter dishes especially when eggplant is ripe in the summer.

This recipe roasts the eggplant slices at high heat until browned. After browning, they’re topped with freshly grated Parmesan cheese and roasted until the cheese is golden and crisp. This is the perfect way to get a crust and add impeccable flavor without the breading or frying. Genius if I do say so myself!

Watch how to make this eggplant parmesan

Kaleb
4.60 from 47 votes
Switching out the traditional chicken and pasta, this eggplant parmesan is a garden-ready version that leaves nothing to be desired! When cooked in slices with Parmesan cheese on top, it's a hearty weeknight meal that feels truly Italian!
Prep Time 10 mins
Cook Time 1 hr 45 mins
Total Time 1 hr 55 mins
Servings 9 servings
Print Recipe Pin Recipe Share a Review 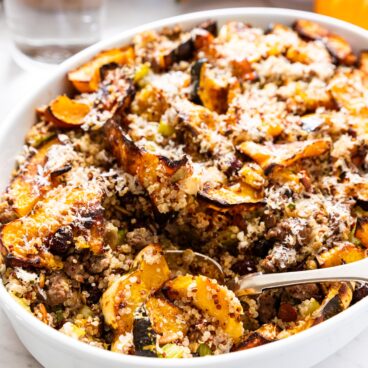 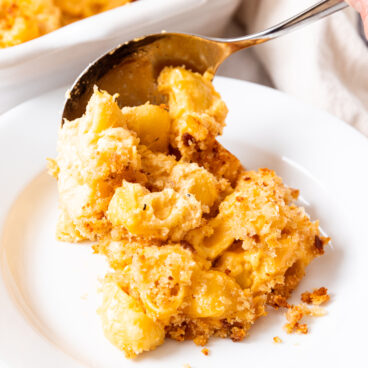 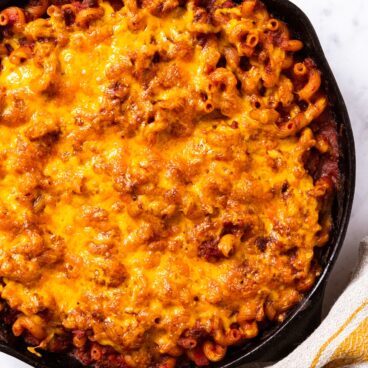