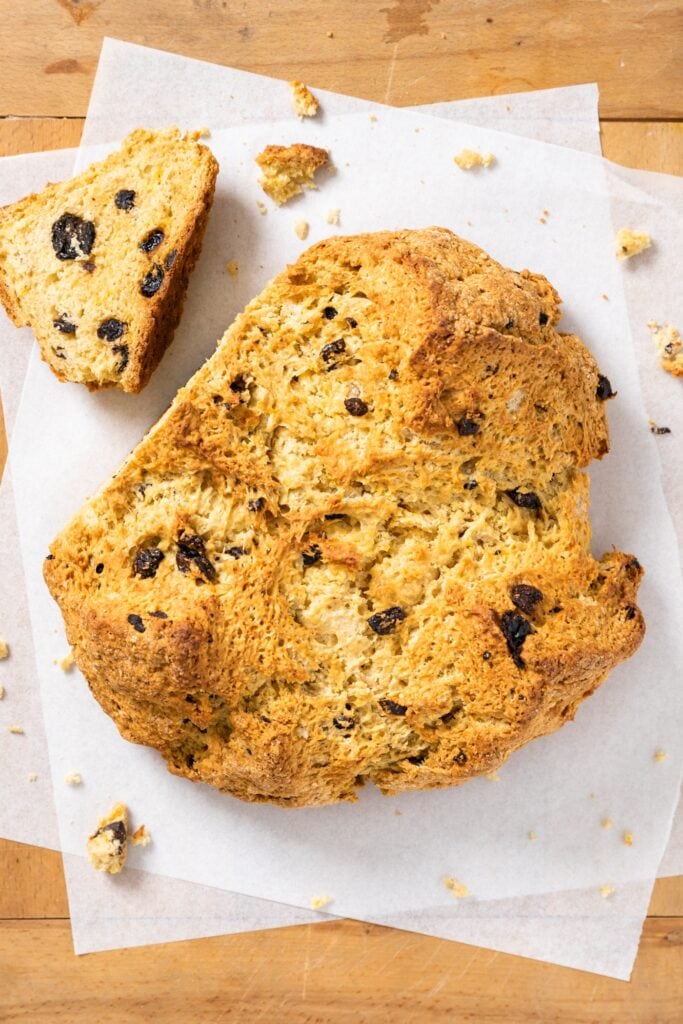 This is probably the easiest bread that could be made... seriously! Mix it all together, throw in some flavorings, and let it bake! Voila!

Why is it we only make certain recipes for special events? I admit, growing up my family didn’t necessarily celebrate Saint Patrick’s day. But Mom would make Irish soda bread, usually only around March 17. But soda bread is simply too delicious and too easy not to make more often. The recipe should really be considered the ultimate quick bread. To be honest, I think it’s even better than most quick breads since it’s not heavy on sugar, but becomes more of a savory bread.

Unlike my Mom, I make soda bread year-round, changing up the flavors for whatever season or mood I’m in. And it’s time to share it with you! This is my go-to recipe: simple but full of flavor and versatile enough to be used just as a yeast bread would.

What is soda bread?

Soda bread is simply a quick bread. Traditional soda bread does not use yeast as a leavener but instead uses baking soda. This cuts down the time to make bread to perhaps just one hour, start to finish. While the baking soda needs no extra time to work, it still creates a wonderful bread-like texture.

Let’s go on a bit of a science lesson… and since science wasn’t my favorite subject in school, this will be short. Baking soda is an alkaline ingredient that needs to be combined with an acid. In this recipe, buttermilk is the acid. When the baking soda is mixed with buttermilk, a reaction occurs that creates carbon dioxide. All the small carbon dioxide bubbles are trapped in the bread batter and create the texture of the bread. This just takes a matter of minutes as opposed to hours with traditional yeast.

What flavors the bread?

Oftentimes, yeast bread is flavored by the yeast itself as well as the fermentation that happens as the yeast works with the gluten. Traditionally, soda bread was plainer and used to replace yeasted bread when yeast was more expensive and not for the home cook. Now, we can flavor the bread with anything!

For this recipe, I added dried cherries and orange zest. The cherries have a tart sweetness and the orange wakes up the cherry flavor, making the whole thing sing. The outcome is not sweet, but instead well-balanced and flavorful. I use this for sandwiches, French toast, and all by itself slathered with butter.

If you’re looking for other soda bread recipes, make sure to check out my orange and blueberry Irish soda bread scones! Yeah… they’re delicious!

Watch how to make this Irish soda bread: 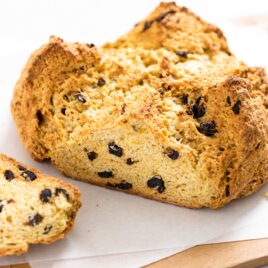 4.16 from 13 votes
Author: Kaleb
This is probably the easiest bread that could be made… seriously! Mix it all together, throw in some flavorings, and let it bake! Voila!
Prep Time 20 mins
Cook Time 40 mins
Total Time 1 hr
Servings 16 servings
Print Recipe Pin Recipe Share a Review 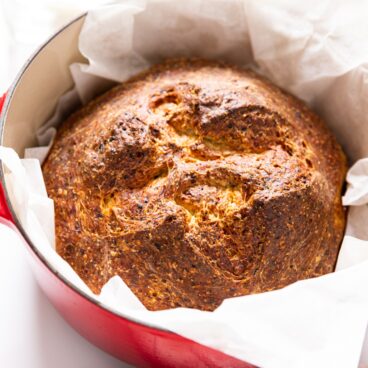 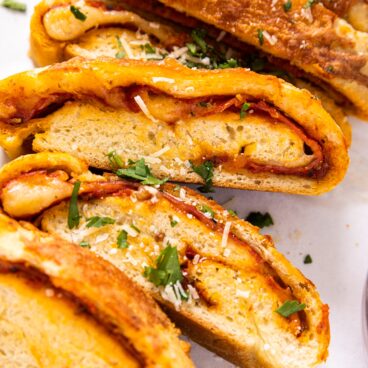 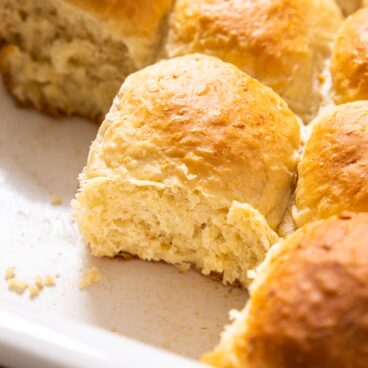