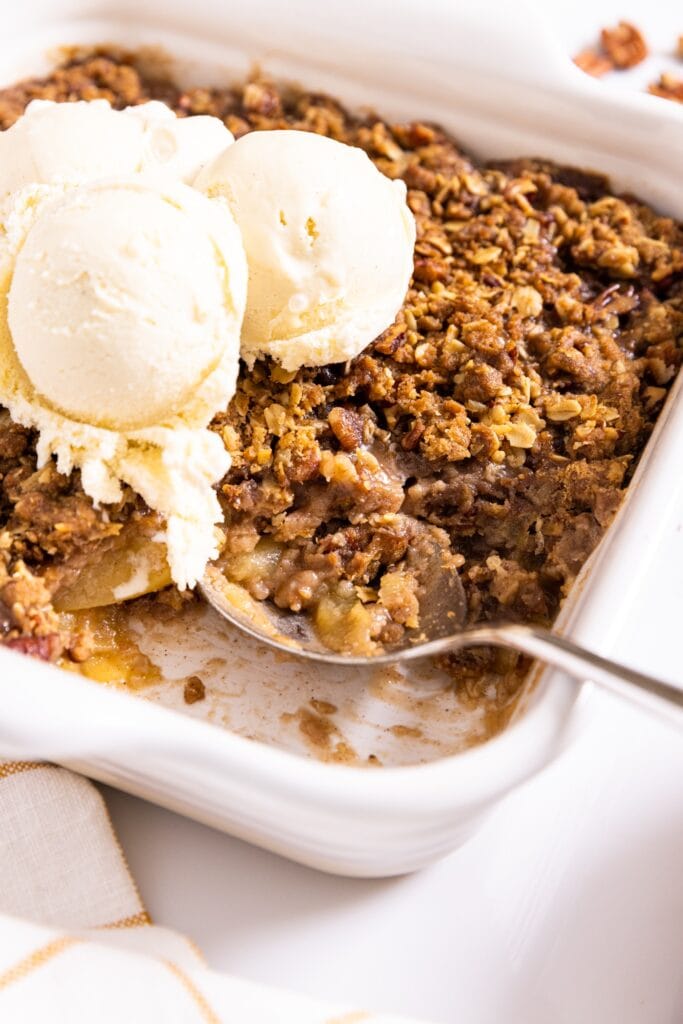 While an apple crisp seems like it could be something time intensive, this recipe is quite the opposite. With simple ingredients and the best flavors of the season, this dessert comes together in less than thirty minutes. Bake it up and it's ready to go!

Any time there is a new season of fruit, crisp is the first thing I make. And why is that? Well, a crisp is really the best way to enjoy seasonal fruit quickly. So what makes it so quick to make? It’s all about the filling.

When you break it down, the filling of an apple crisp is nearly identical to that of an apple pie: sliced apples, sugar, spices, and some cornstarch to thicken it all. The difference between the two is that instead of rolling out a crust, the filling is poured into a baking dish and topped with a streusel topping.

I’ll admit: there are numerous ways to make a crisp, but in my book, a simple recipe is the best way to truly taste the apples.

Are crisps, cumbles and cobblers all the same?

Each of these fruit desserts is distinctively different. Let’s run through each of them:

This crisp has one variation with the addition of toasted pecans. And while it may seem like an optional step, the pecans need to be toasted first and then chopped. They provide a perfect texture and flavor to the topping while keeping the traditional oat lovers happy as well.

Do the apples need to be peeled?

I win some friends and lose some friends over the issue of peeling. I’m team “leave on the peel.” No matter what I’m cooking or roasting, if the texture of the peel does not impede on the dish, I leave it on.

Here’s the great thing: no matter what team you’re on, this crisp will be perfect whether you peel the apples or not. I know plenty of people who prefer no peels on their baked crisps and I completely understand. I opt to leave them on (less work for me!) and once baked hardly notice if that they’re even there.

The baking time on this is long. Like a pie, the crisp needs to be bubbling throughout to make sure that the added cornstarch is fully activated. In that baking time, the apples become soft along with the peels. Whether you peel or not, either choice is correct.

Watch how to make this easy apple crisp recipe 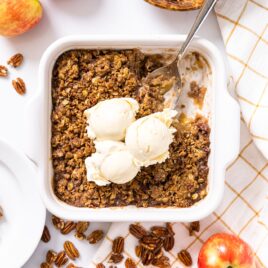 Kaleb
4.49 from 27 votes
While an apple crisp seems like it could be something time intensive, this recipe is quite the opposite. With simple ingredients and the best flavors of the season, this dessert comes together in less than thirty minutes. Bake it up and it's ready to go!
Prep Time 15 mins
Cook Time 1 hr 15 mins
Total Time 1 hr 30 mins
Servings 12 servings
Print Recipe Pin Recipe Share a Review

For the apple filling 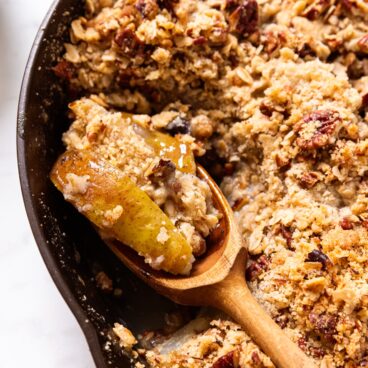 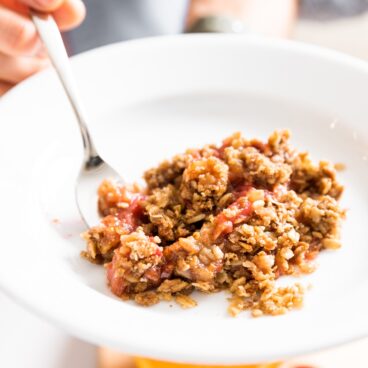 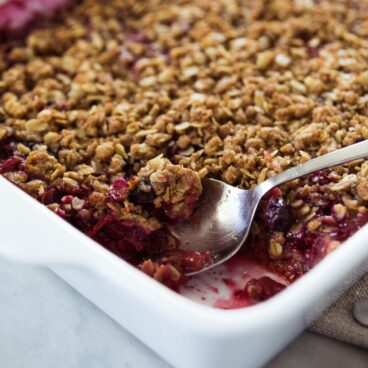