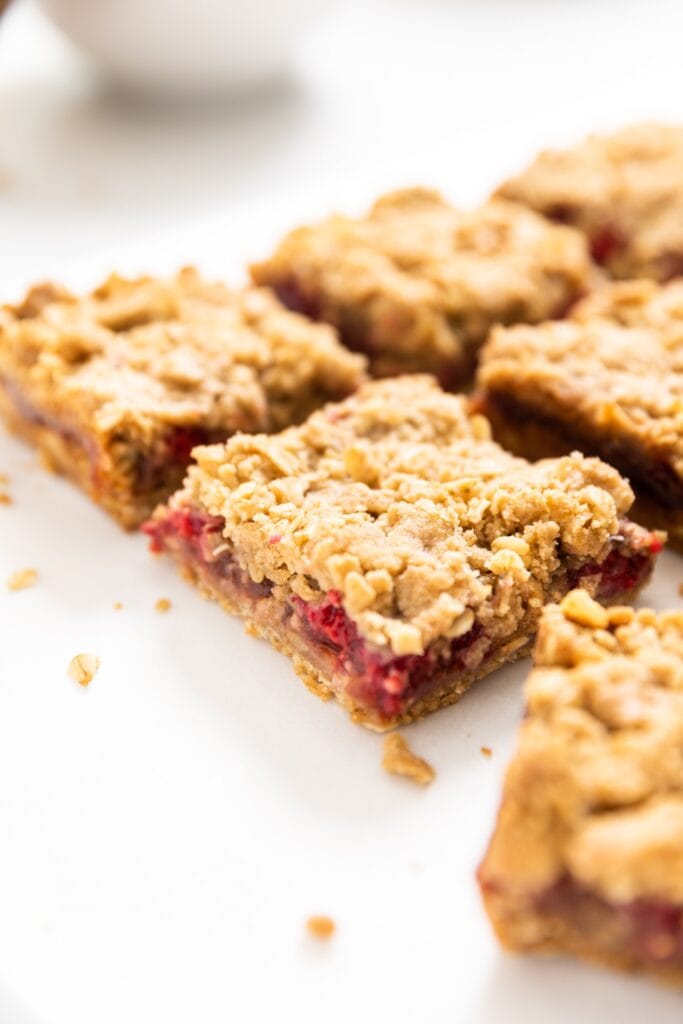 With a crust-like first layer, a raspberry preserve filling, and a craggy top, these raspberry crumb bars are so delicious! It's like a pure bite of summer in an easy-to-make treat!

I’m a firm believer that ingredients should be used when they’re ripe and in season. The problem is: where I live, Iowa, does not have seasonal produce for much of the year. Instead, we have to get creative and grow winter squash to keep during the cold months and preserve fruits and vegetables during the summer to be able to eat what we grew out of season.

Yes, you can now go to most grocery stores and get pretty much anything during any month. But I try to stick with the seasons and the easiest way to enjoy is with fruit preserves and frozen fruit. I love both. Preserves have pieces of fruit in them and are cooked with sugar to create a thickened spread that’s useful with anything, just like these crumb bars.

What is a crumb bar?

A crumb bar is simply a layered bar. Many bar recipes start with a shortbread-like crust where you press it into the pan, par-bake it, and then continue to layer. I wanted to make this recipe as simple as can be and let the raspberry pop.

These bars use a streusel-like crumb mixture in two ways:

What is a preserve?

Unlike a jam or a jelly, preserves have a higher ratio of chunks of fruit. For these bars, I’ll be honest that preserves and jam can be used interchangeably. However, be warned that jelly can melt into the bars and doesn’t offer the correct texture. To make sure the middle fruit layer is extra flavorful and has heft, frozen berries are sprinkled on top of the preserves. Frozen berries are picked and instantly frozen at peak ripeness and flavor. Adding them to the preserves adds complexity and so much extra flavor.

Why do these bars work?

These bars are not a bar cookie, like blondies, brownies, or more traditional bars. Instead, these crumb bars are at the intersection of flavor and texture and it makes them the perfect dessert.

Watch how to make these raspberry crumb bars:

4.79 from 14 votes
With a crust-like first layer, a raspberry preserve filling, and a craggy top, these raspberry crumb bars are so delicious! It's like a pure bite of summer in an easy-to-make treat!
Total Time 50 mins
Method Baking
Difficulty Easy
Author Kaleb
Print Pin Share a Review 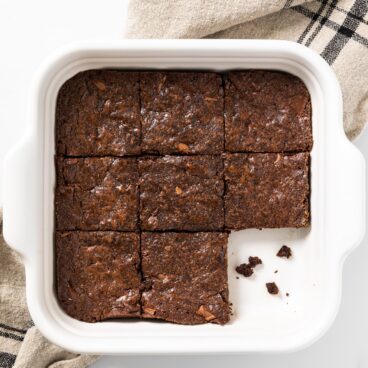 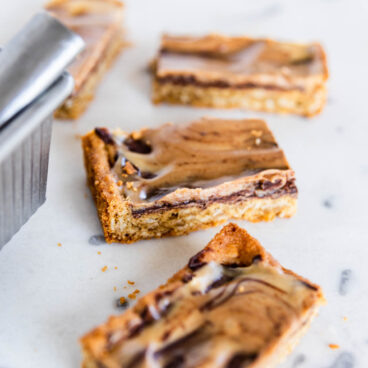