This may sound odd to admit, but the smell of pickle brine brings back so many childhood memories. Those times when I would be in the kitchen, watching my mom and grandma slicing cucumbers, stuffing the jars, and pouring the brine on top. Even today, each item I can (many still with my mom) brings back a certain memory and every smells trigger a warm thought from growing up.

As a kid, I was accustomed to (almost) everything we ate being canned from the garden:

The list goes on and on! Naturally, I acquired a taste for home-canned and frozen goods. Today, most store-bought items just don’t quite satisfy in the same way.

I’ll admit, pickling is definitely more work than going to the local grocer and buying a jar of pickles. But you may be surprised how quickly the whole process can go. A couple hours out of your day and you can have a canner full of pickles (seven quarts to be exact).

The “old” way to make pickles would involve cooking your brine from scratch. While I love the idea, we as a family have found that buying Mrs. Wages packets is not only quick but provides great flavor. Just follow the directions on the packet.

Use cucumbers that have not become overgrown. If the cucumbers are too large, the middle will be extremely seedy and not good to use for pickles. Just watch as you are cutting. Cut the cucumbers in the way you like to eat a sliced pickle. You can do spears too if you prefer.

One important step is to make sure to hear the jars seal, which is usually called the music to any canners’ ears: the “ding” of the jars sealing. It’s a great sound! 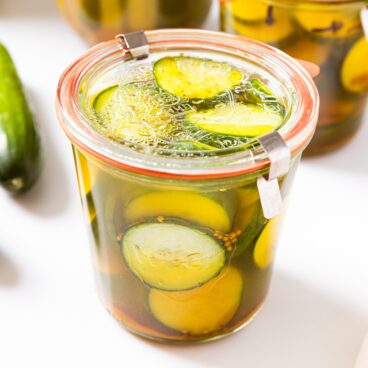 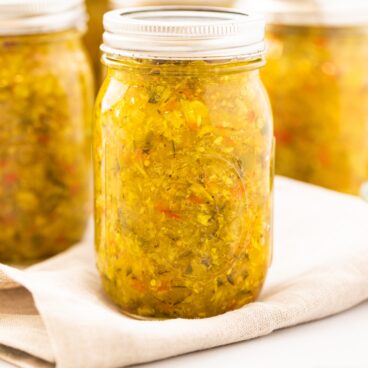 How to Can Pickle Relish 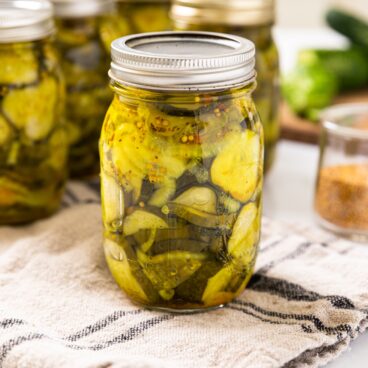 How to Can Bread and Butter Pickles